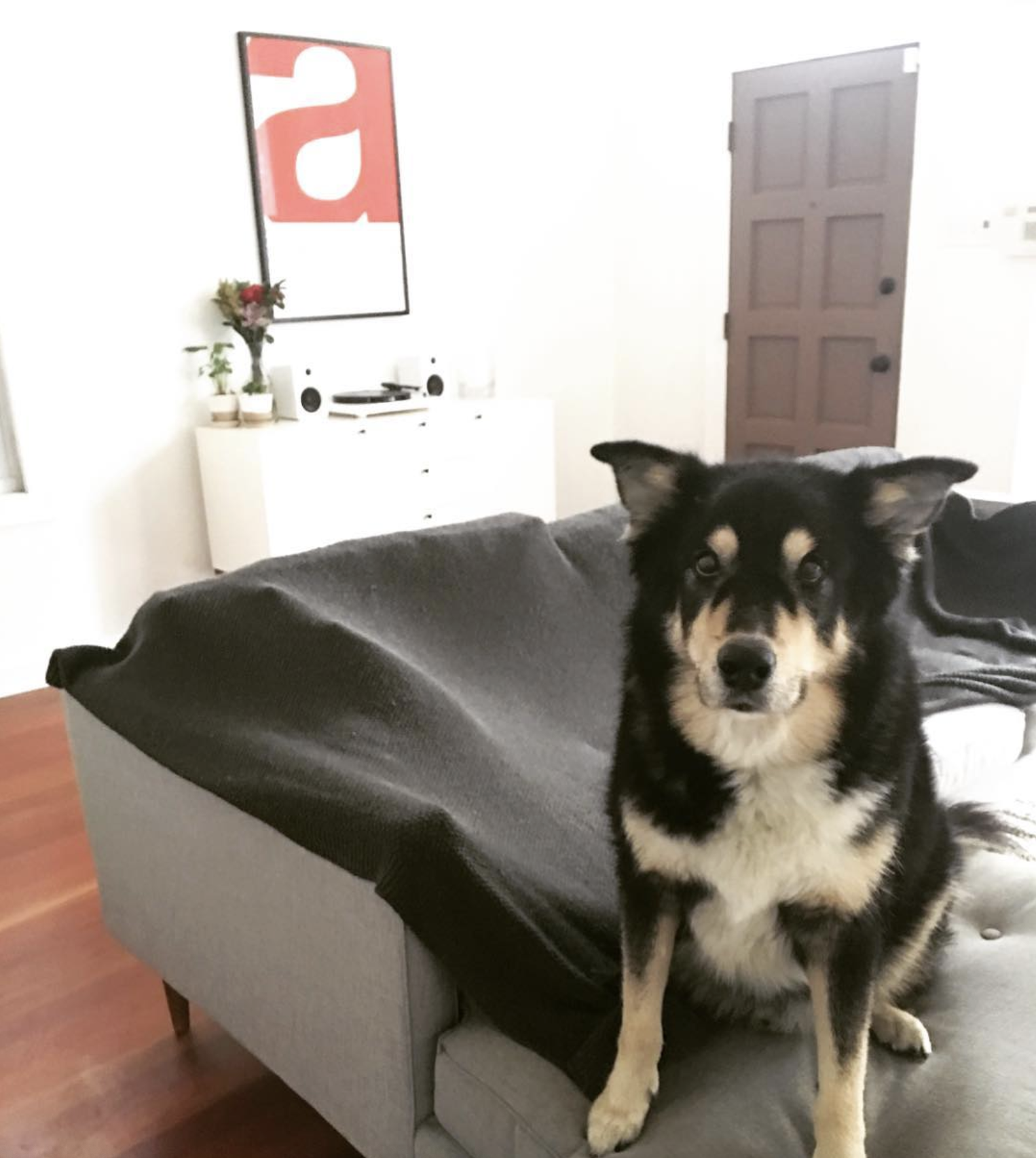 Message to Meeko: Meeko, you were the best dog anyone could have asked for. Thank you for your companionship and love, and I hope you felt how much you meant to us. You were so brave and cooperative until the very end and I appreciate you so much.

Tell us about Meeko: Meeko was a 4 y/o owner surrender at an adoption event, we're both introverts, and I think that's how we knew our match would work. 4 months later I would meet Meeko's party partner (my husband). Meeko had to learn to live with 3 cats, and even though at first had some strong urges to chase them around the house, they eventually became old news. The only creatures that would stir his heart in that way would be squirrels and bunnies while out on walks. He loved the phrase "car ride", but actually did not like them. He was a picky eater, but loved bacon.

As Meeko hit middle age, we started noticing changes in Meeko's health. He developed osteoarthritis, so long walks would eventually become much shorter. And as he continued to age, more things started to happen, such as his left limb starting showing signs of nerve damage. We started acclimating him to a cart to help ease his mobility efforts, and as we were making plans to address a mild disc bulge, we then discovered he had 3 large tumors around his liver. He was at high risk of rupture and not eligible for operation.

We decided to book Meeko's Gentle Goodbye just a few days after finding out. We did what we could to demonstrate our love to Meeko. We had some people and pets who had had a close relationship with him say goodbye, and we were able to spend time in three city parks that were significant for our little family. We feel so blessed to have had 7 years with him, and still can't help but feel a little robbed wishing we had many more. We miss you buddy, and we will never forget you.
Font Resize
Contrast
Accessibility by WAH
Call Us Text Us