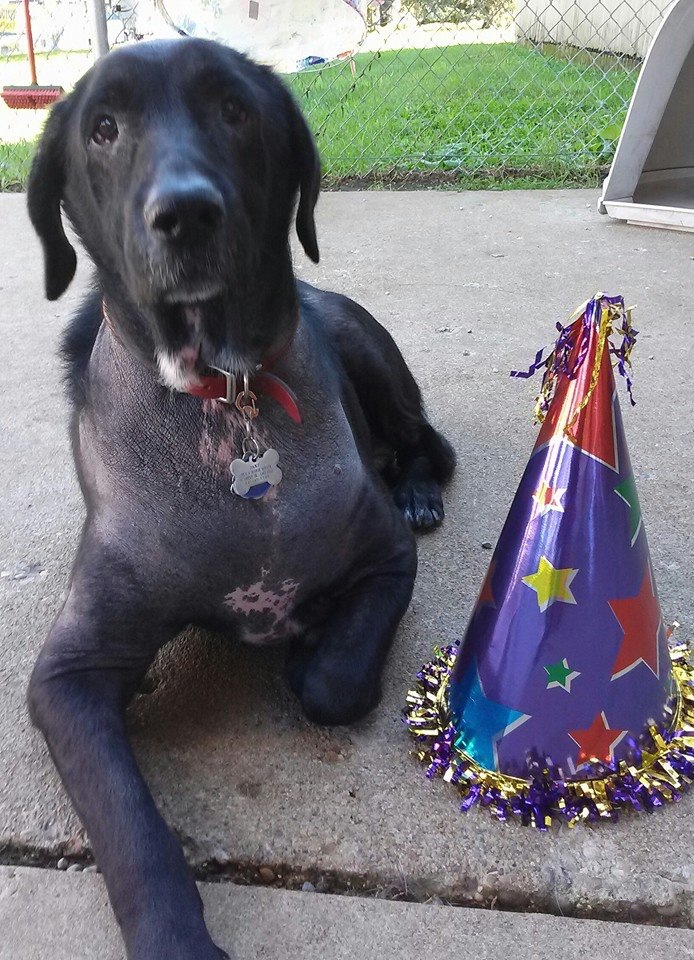 Message to Jake: Jakey was the best dog. He was part poodle and part beagle (among other things), and he was so smart. He was the alpha in our pack of 3 (5 if you count mom and dad), and he took care of all of us. He made sure his brothers were always OK and always following the rules. He worried whenever we were all at the vet and one of his brothers went back to the lab; he whined until they came back. At doggie day care he stayed with his brothers, mostly, and everyone just loved him. The daycare groomer made time to groom him at least once a week (more if necessary). He had the worst allergies of any dog anywhere, according to two dermatologists and his primary care vets. To treat his allergies we agreed that we would use steroids and keep him comfortable for as long as possible. He started developing cataracts around the age of 10 but still had a little sight left.Then the steroid shots caused ocular carcinoma, and first he lost his sight altogether, as the tumors started bulging out of both eyes. Then came the laryngeal paralysis, and he slowly lost his ability to breathe. Throughout it all he was such a loving, gentle dog, who never realized he was different from other dogs. We miss him terribly!! 🥲

Tell us about Jake: In early 2010 we were perusing the website of the local lab rescue (the Labrador Education and Rescue Network, "LEARN") and we saw this special needs dog with just the most beautiful, soulful eyes. We decided that we could care for him, and that we would make a great younger brother to our husky/lab mix, Reese. Jake and Reese hit it off immediately, and we adopted Jake on 3/12/2010. Sadly, a month later, Reese passed away from cancer of the omentum. That left Jakey as an only dog (for a little while). He came to us as a 4 year-old "lab" (we never changed his name), who loved to chase tennis balls and tear up toys. He was a chow hound until the day he died. He loved to eat people food and dog food. He liked tomatoes, bell peppers (any color), snow peas, avocado, strawberries, blueberries...I could go on and on. On his final day he had a grilled chicken sandwich for lunch, and a McDonalds double cheeseburger for dinner. He would sleep on the bed with us at night when he was younger, and lay in front of floor fans when it was warm in the summer. We did a DNA test on him about a year after we adopted him and it turns out he wasn't lab at all; he was mostly beagle and poodle, with some curly-coated retriever and finnish spitz, among others, in his DNA. He came to us at the age of 3-1/2, and we had him for just over 11 years. We were so lucky to have him! 🥰
Font Resize
Contrast
Accessibility by WAH
Call Us Text Us